Groups in green -- but covered in jackets, scarves and coats against the unseasonal chilly weather at the foot of the CN Tower! That was the scene in the heart of downtown Toronto, Ontario on the evening of May 17, 2014.  We gathered to wait for the promised green lights on the CN Tower, the tallest freestanding structure in the Western Hemisphere.

Little groups gathered, some greeting others and generally just talking, catching up, making new connections and finding support networks as we waited for darkness. 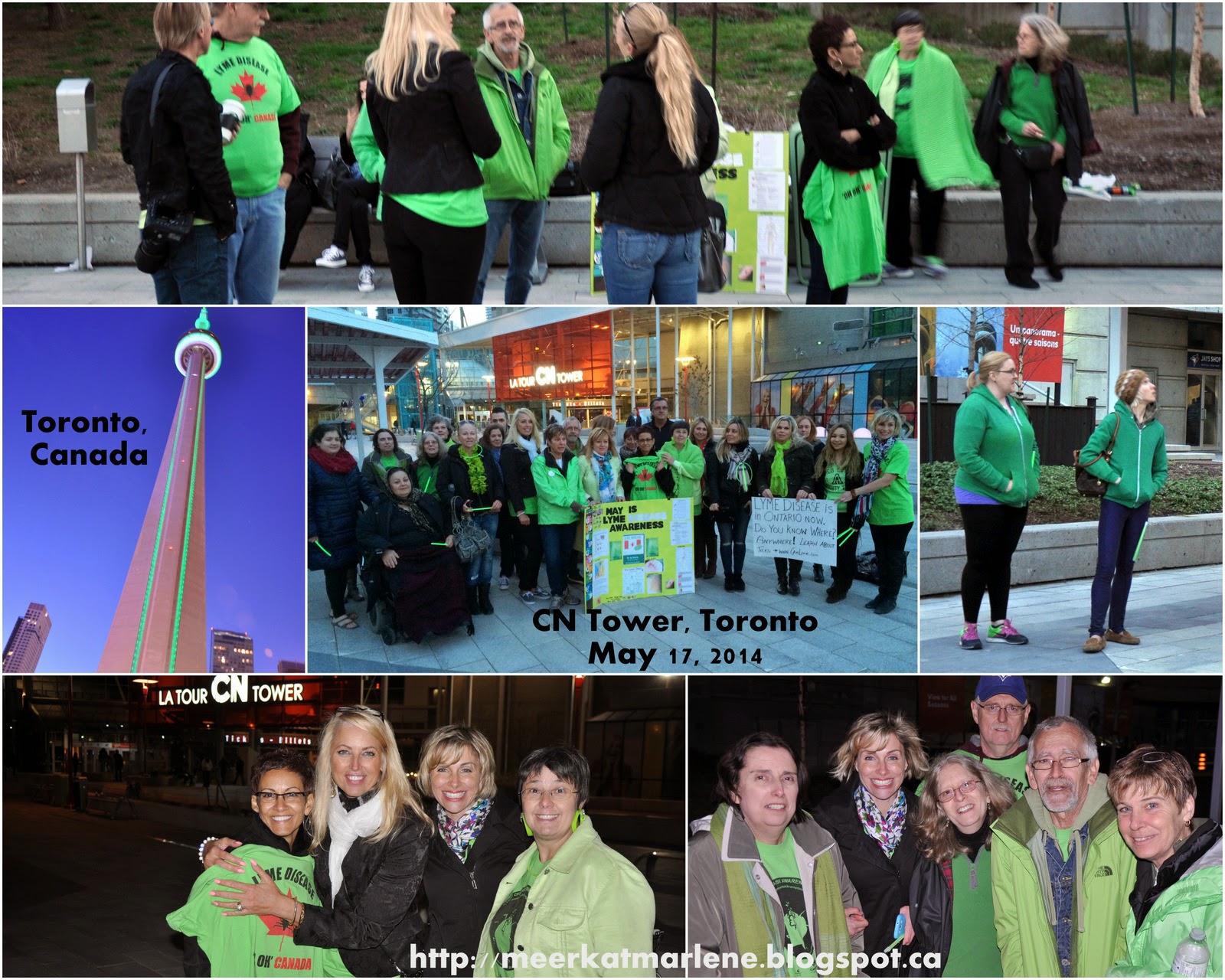 Around us were thousands of young people, running around in very scanty outfits, getting ready for a concert in the Rogers Centre (formerly Skydome). We were amazed, and pulled our jackets closer around our shoulders! 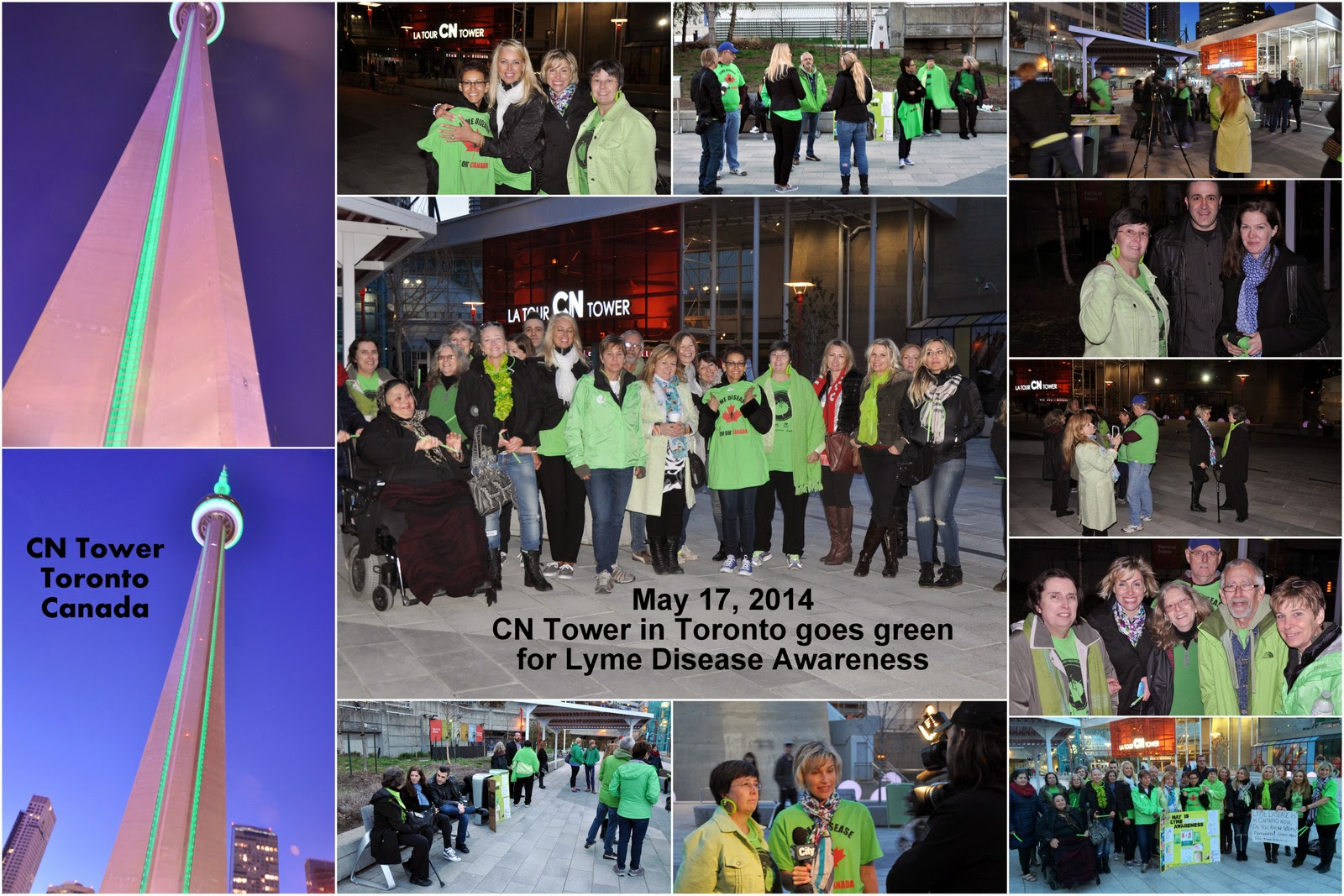 Robin from City TV arrived and took footage of the gathering while we settled in for a group picture. He received an education during the interview, for sure! He left with pictures of the large tick we found on the dog in Whitby last year (see this blog post), a T-shirt from the Brampton LymeWalk, tick cards and brochures from CanLyme to hand around the office. There was a news clip on the 11 o'clock news, with great footage of the Toronto skyline with the green tower standing proud and tall above the buildings and glistening on the water of Lake Ontario.

These collages just try to show the groups of people, the photographers trying to get a good shot (and a chilly bum in the process), Arno chatting to Robin and the scene at the foot of the tower. Hopefully the passers by took notice, and some did stop to talk and ask questions!

Collages created to combine shots -- click on the picture to see a bigger view. 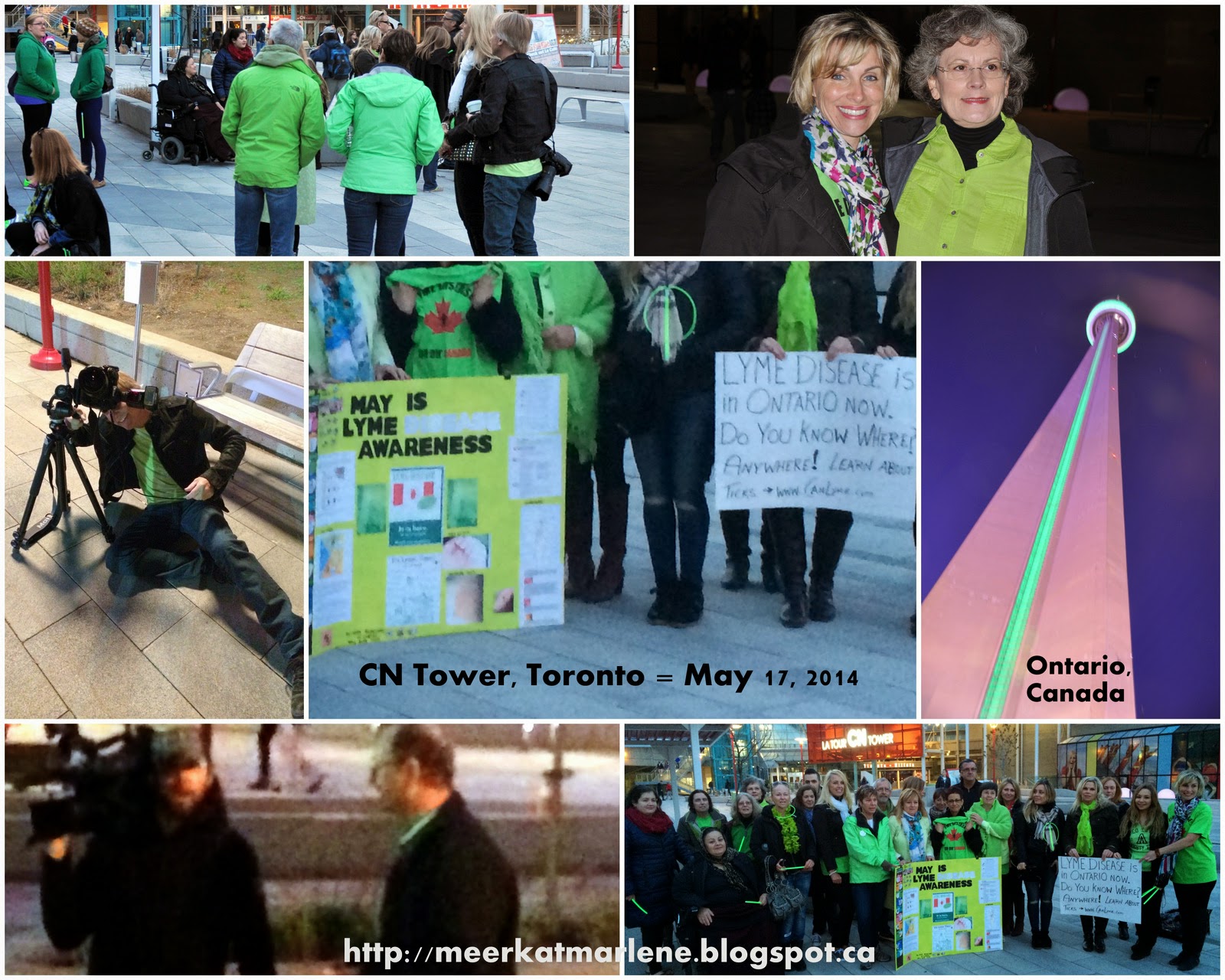 Combination picture of the tower as it got darker can be seen below. Not an easy picture to take, for sure, 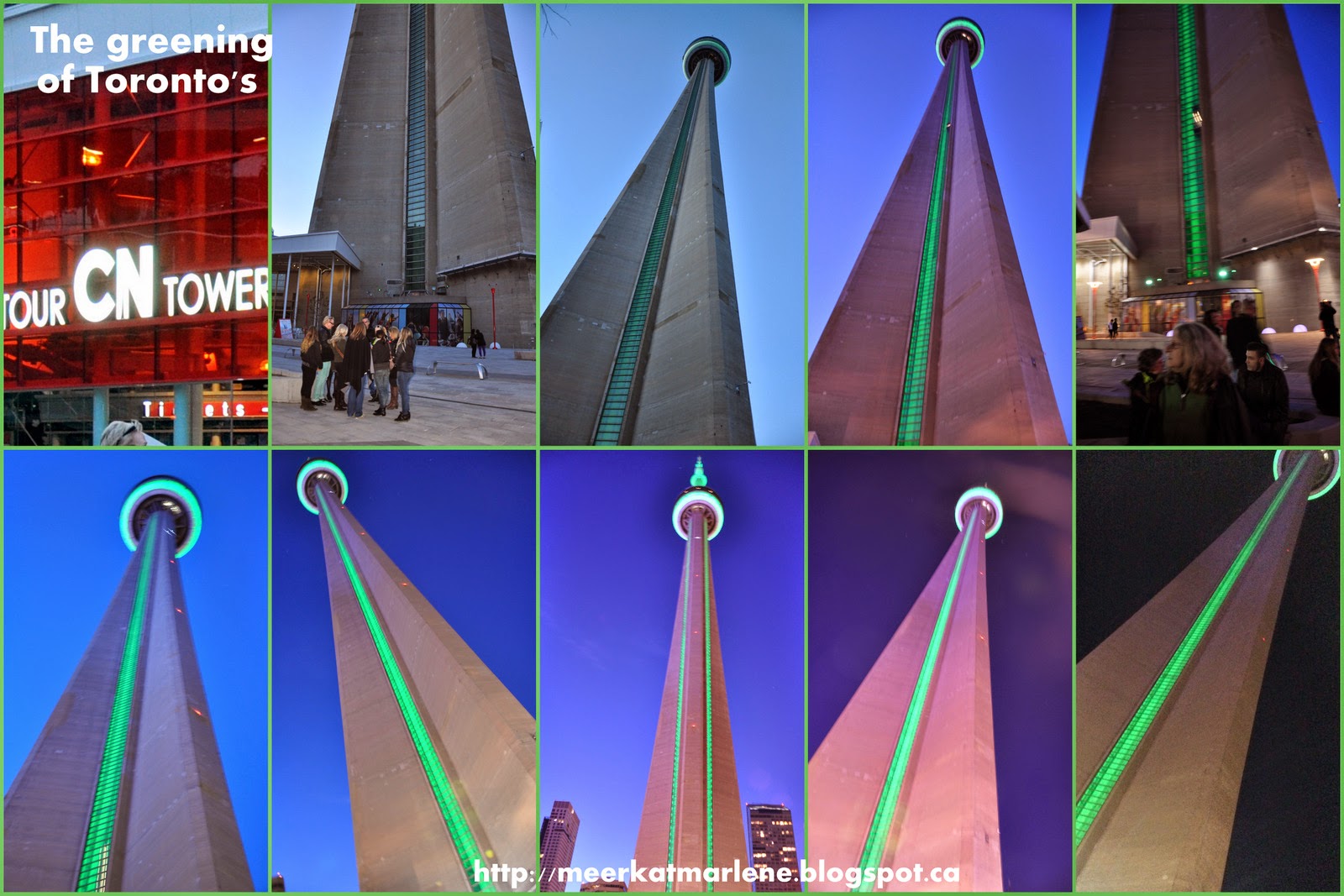 but more are coming. This is just a sample to show what happened in Toronto. Many couldn't attend, so the 30 who were there really represent hundreds of people suffering from Lyme Disease, too sick to get out, too weak to get around by themselves, and probably too depressed to even consider joining others.

May the day come, soon, that we all might stand up and get the treatment we deserve to get well again, to reclaim the months and years that were stolen from us because of this treatable, preventable illness, and that there will be research done to give the answers we are still trying to find ourselves. 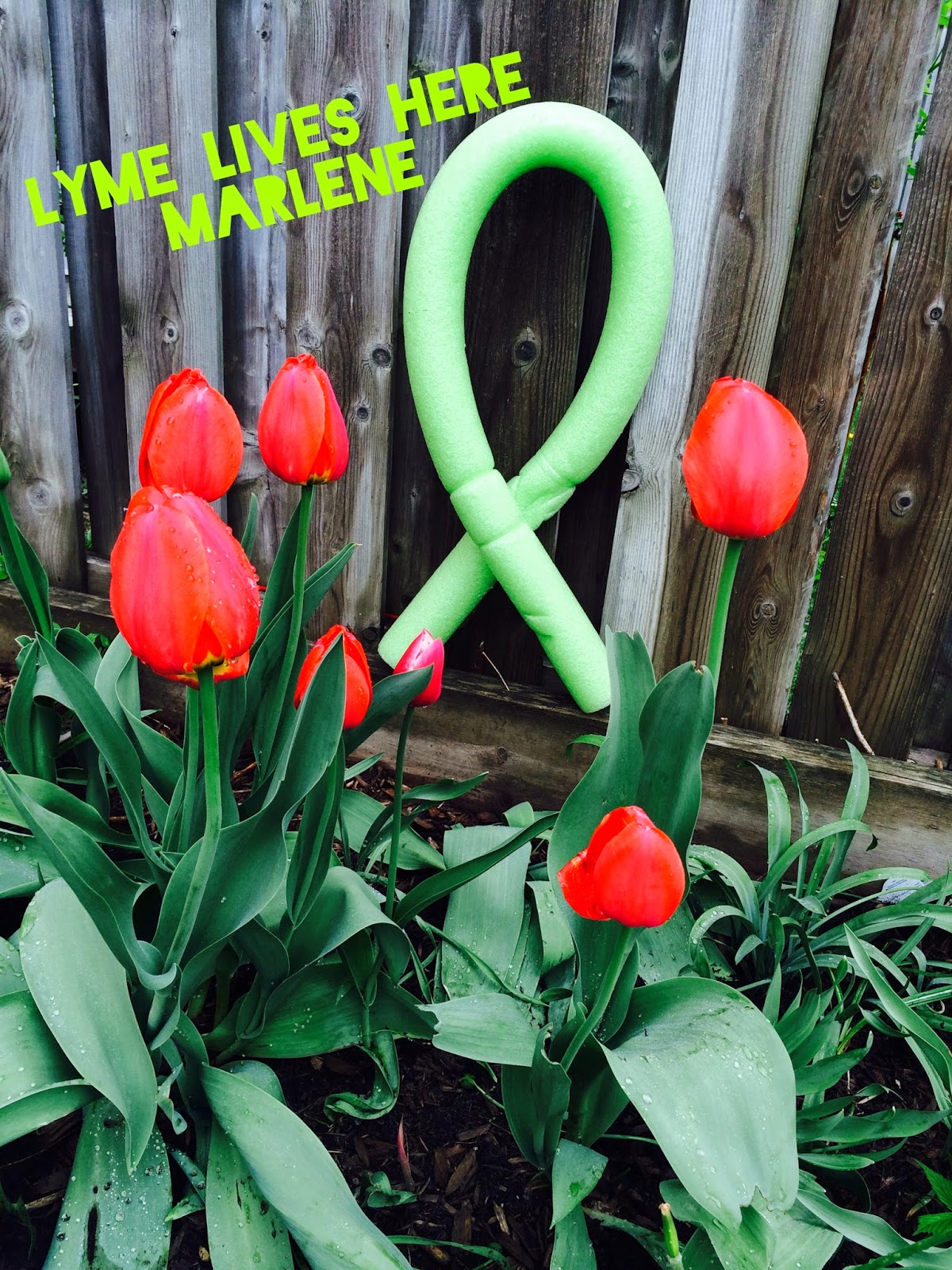 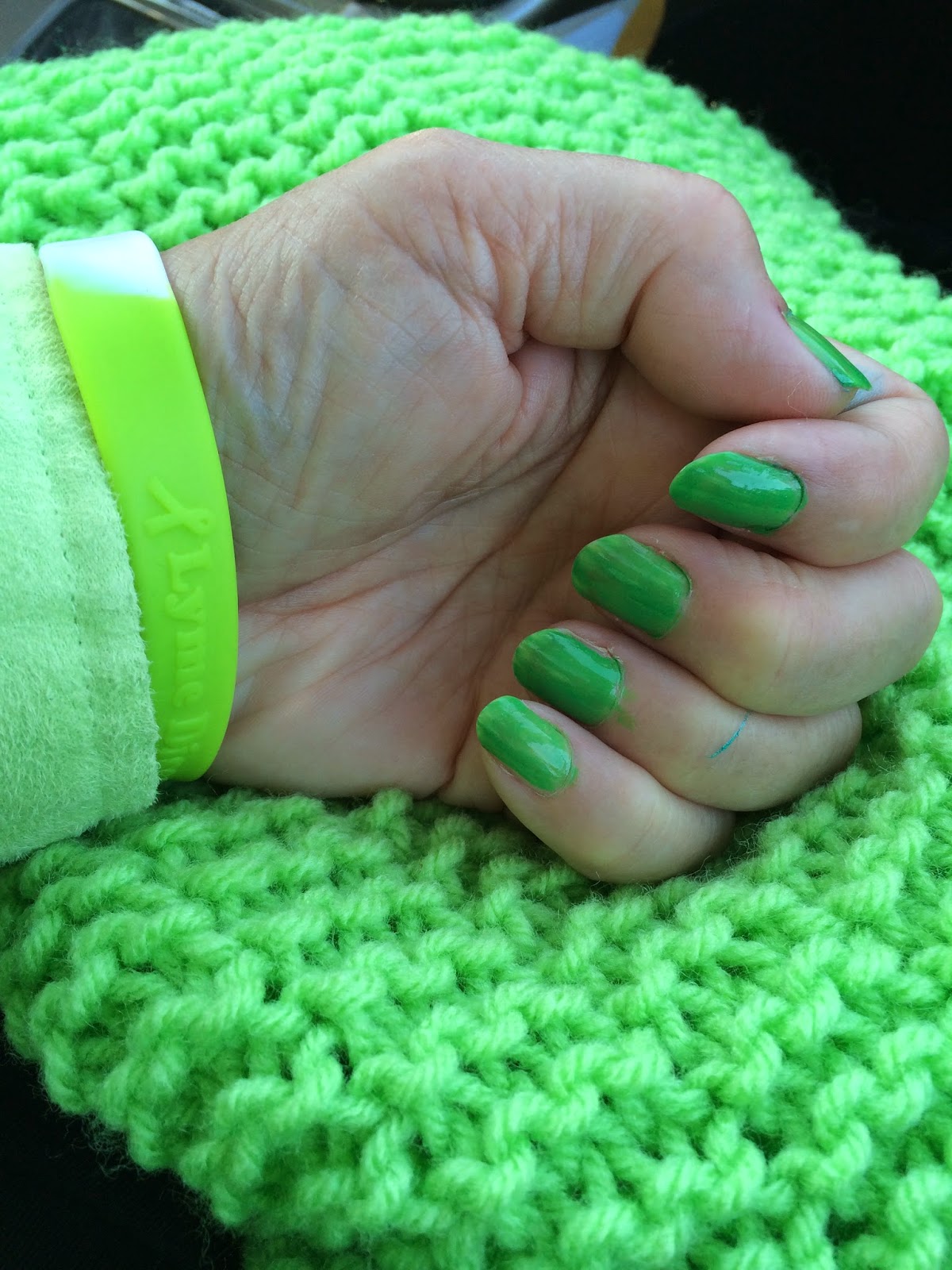 Posted by MeerkatMarlene at 11:08 AM