When someone asked this week if I was infected in South Africa, I checked the blog and noticed a lack of posts between 2007 and 2010. I was infected in Aug. 2007 and diagnosed in Feb. 2010. I'll try to tell the story here, maybe over a few entries so as not to bore anyone.

I am a Lymie, infected, tested, and originally treated in Ontario, until my doctor had to drop his patients.  I also have the co-infections called Babesia and Bartonella, and probably another one which hasn’t yet been diagnosed but which my current LLMD (Lyme literate doctor) thinks I might have.

My story starts 5 [edited 2020: 12+] years ago. I was bitten in August 2007 while visiting friends near Picton, Ontario, but thought at the time that it was just a spider and popped some antihistamine. My health problems started after that, but it took three years, more than 2 dozen doctors and specialists, several (mis)diagnoses, heaps of medications, visits to ER and walk-in clinics before I happened to diagnose myself after talking to a friend with a Lyme daughter. I went into my old emails and found records of when and where the bite occurred and a steadily growing list of complaints since then. When transferred to a spreadsheet, it made for some strange bedtime reading.

Before that day, I had no idea what Lyme disease was, what the early symptoms are and what the treatment could be. I have educated myself after that!

Since then, I’ve made it my goal to help educate others about the disease and protecting themselves, as well as joining others in trying to get recognition and better tests for Lyme Disease in Canada. We have the right to be treated here and doctors should have the right to treat their patients.

I come from a background in South Africa where you get sick and "suck it up". We only went to a doctor when fever has spiked over 104 for several hours or a limb got mangled and couldn’t be fixed with a Band-Aid and aspirin. Suddenly, since the Fall of 2007, I found myself growing into a "professional patient". Headaches that left me breathless, stiff neck, weird migrating pains, high fever, fatigue, constant flu-like symptoms or colds, jumping muscles, confusion - those were the minor things that kept happening over and over again.

And then there were serious complaints, with diagnoses ranging from possible brain tumour to possible aneurysm to Trigeminal Neuralgia to Temporomandibular Joint (TMJ) Syndrome, Chronic Fatigue Syndrome, Epstein-Barr Virus, a "serious case" of Mononucleosis, Vertigo, a very scary situation where even water couldn't be swallowed without getting stuck in my throat, various infections, teeth breaking for no reason, debilitating fatigue, pain - the list goes on.

Some medication landed me in the ER with side-effects, others made me woozy enough not to be able to drive. Pain caused me to crawl upstairs and curl up in bed, or to only be able to scoot upstairs while sitting down and moving with my hands and arms. Knees would buckle for no reason or stabbing pains shoot through toes, head or fingers. Fine-motor skills were lost and an arm felt like a dead weight for several weeks. Fingertips went numb. Ankle developed a "floppiness" and I constantly fell off stairs. The next thing was probably going to be tested for Multiple Sclerosis, especially since a situation developed where words were "missing" while I tried to talk, or I became confused and ended up going to the wrong place, or falling asleep in weird places.

My brain took the hardest knocking, to first admit and accept something was seriously wrong, and then to convince my doctor (and the many specialists he referred me to), as well as friends and family.

Thank everything that's good for a wonderful husband and family, for supportive friends and a church network, as well as a doctor who believed me when I said something was wrong. He kept saying, "We'll get you well! I know you're sick of being sick."

.... My story was published in a magazine, if you want to read the rest there. Southfields Village Voice, Aug. 2012 edition. [Link to the magazine does no longer exist, but here are jpg images of the article and front page of the magazine. ] 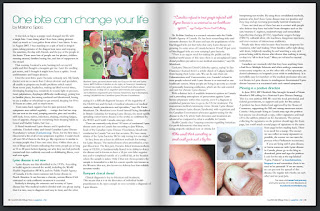 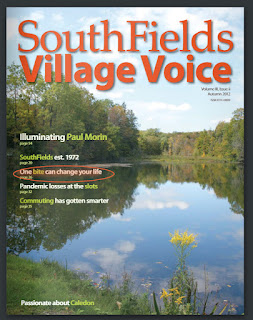 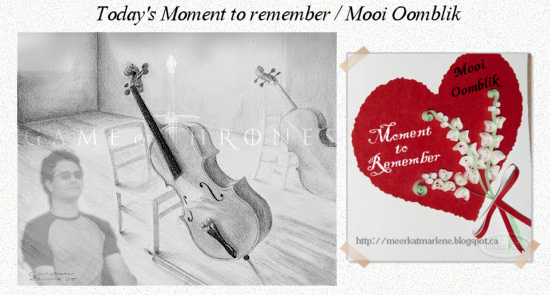 I heard my son's cell phone ring with a tune I couldn't identify. He brought up a YouTube video and said I have to just listen to it - hear that Cello! That from a computer nerd who doesn't play an instrument ... But then, as a 2 year old boy, we were at a picnic and found him with chin in hands, listening to an orchestra playing in the park. The books are part of his library that he's been building up for years.
The picture above was created quickly, using the sword and title from "Game of Thrones" and a picture taken a week ago, adding some shadows and blurs to make a collage that would capture some of my feelings.


Notes: The sketch of the cello is from deviantArt by Master-Chi.
Red heart is a card I made before Lyme, making quilled flowers to create a spray of Lilies-of-the-Valley.
YouTube link to Game of Thrones is below to play if you're on the blog, or the link

Posted by MeerkatMarlene at 3:00 PM

Do you have an email where you can be reached?

Hello! Yes, you can try me on meerkatster@gmail.com
I'll try to connect with you if you have a blog.

Hi Marlene
It has been a very nasty road for me the last few years but am 99% sure i also have chronic lyme. I was reading about Dr, Marie Matheson in Ottawa and just wanted to know your thoughts before i make an appt.